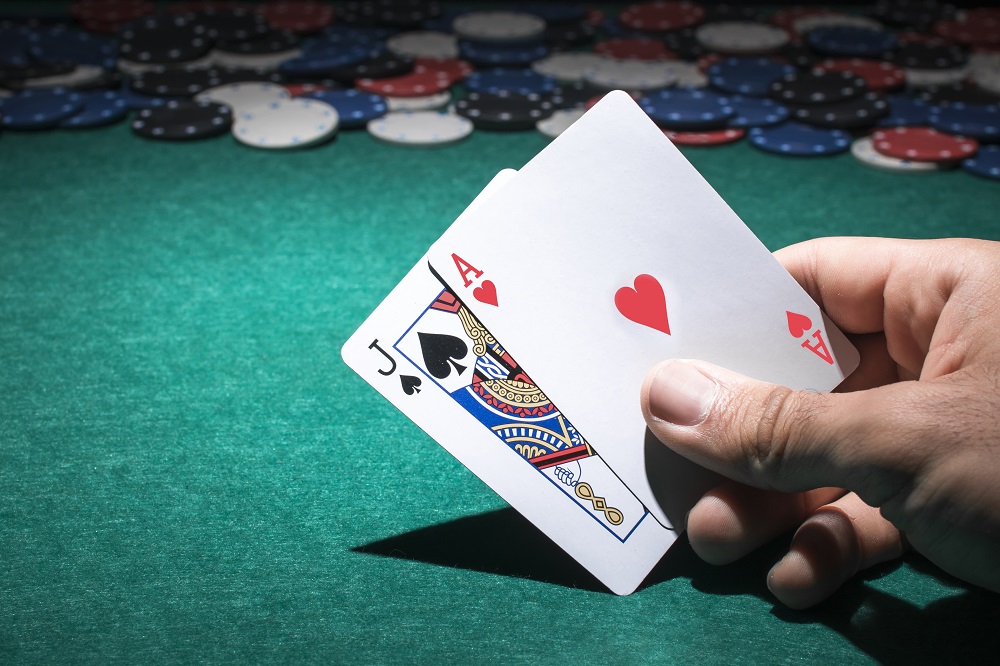 Game developer Playtech created Blackjack Surrender online a few years ago. The success of the game has been tremendous since its launch and that is why blackjack fans saw in this variant an exciting as well as exciting way to play classic 21. Discover the rules and strategy of Blackjack Surrender and learn to play one of the most popular games in casinos, whether physical or online.

Surrender blackjack has a particularity that makes it special and different from any other variant. The name of the game itself gives a more than considerable clue… Surely some of you have already guessed it … “surrender”. Yes, what differentiates you from the rest of the games is the possibility of giving up the hand at the beginning of the game. The act of surrender is also known as late surrender.

The late surrender is only possible after the initial distribution of the game. In the event that the player decides to ask for a card, divide the bet by having two equal cards, ask for insurance, surrender is no longer allowed. This action allows the player to recover half of the stake. The possibility of recovering half the bet should only be used when the bank has a good open card, for example, if the possibility of making blackjack is high, or when the player’s cards are frankly bad. It is not recommended to use late surrender as a game strategy.

The rules and strategy of Surrender blackjack are similar to that of the traditional game with some exceptions. The main objective is to beat the bank and win the game. For this, it is necessary to get 21 points or get as close to this score as possible without going over. In the case of obtaining 22 points or more, the player or the dealer automatically loses.

Six decks of 52 cards are used and the jokers have no place. The value of the cards is the same as in traditional blackjack. Figures K, Q, J are worth 10 points, the Ace can be worth 1 or eleven points. The rest of the cards have the same value as they mark.

The house edge is low, allowing the player to have a better chance of success. It is perhaps for this reason that it is one of the most popular modalities among blackjack fans. The RTP rate is 99.62%.

The player or players receive both cards face up. The player has the possibility to:

If the player decides to split the bet, for example if he has two 6s, and asks for a card, the late surrender option is not allowed. In the event that an Ace has appeared in the dealer’s hand, the player may choose to request insurance. This insurance bet option is allowed to protect the player against a hypothetical blackjack from the bank.

The rules that govern the dealer game are the same as in the traditional game. You cannot plant with 16 points or less, you will always have to ask for a letter. And it stands if the points of your game are from 17 to 21. In the event that you get 22 or more points, you automatically lose. However, it does not mean that your opponent, the player, wins. It will only win if it has not been passed.

When the players finish playing, the dealer is in charge of distributing the winnings.

It is a mistake to use late surrender as the norm. It is a nefarious strategy that will make you lose without even having chosen to play. Even a losing hand presents real options for a winning game. The late surrender option, as we explained previously, should be used in exceptional cases. When the dealer has a high chance of getting blackjack or when the hand is really bad. Late surrender is not a strategy. Remember that gambling should be entertainment, not a way to make a profit. Play responsibly.

If you are interested in other variants of blackjack, we recommend that you take a look at our Blackjack section.