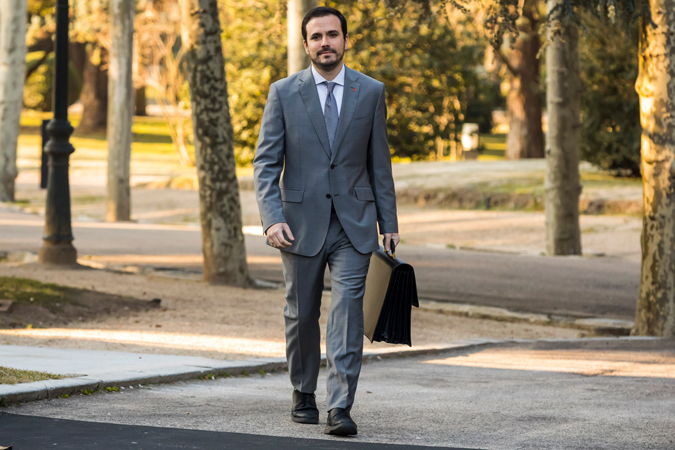 Fichero EFICAZ, a tool to deny quick credits. On the occasion of the International Day of Responsible Gaming, the Minister of Consumer Affairs, Alberto Garzón, has presented a tool that prohibits fast credits to online players called the FICHERO EFICAZ. This tool has been developed by the Spanish Federation of Rehabilitated Gambling Players (FEJAR) and the Spanish Association of Fintech and Insurtech (AEFI). It is currently in a first phase of development and is expected to be ready before the end of the year.

Fichero EFICAZ, a tool to deny quick credits, seeks to protect players and increase security in games of chance. The application is for personal use and is completely free. Registration is voluntary and once the user registers, financial institutions deny any type of credit if they request it. With the creation of this new registration system, the aim is to avoid the indebtedness of the player when looking for financing channels at critical moments.

The act that took place in the DGOJ seeks to eradicate the problems derived from gambling. In recent years and with the proliferation of online casinos and betting houses, gambling has grown considerably in Spain. Currently and according to official government data, pathological gambling affects 0.4% of the population. Mainly it has negative consequences in the younger population and other vulnerable groups. It is for this reason that the Government has proposed to regulate more strictly the bases of physical and online gambling.

Among the measures proposed by Alberto Garzón is to prohibit campaigns where bonuses are advertised in order to get new users or retain already registered users. At the end of 2019, PSOE and Unidas Podemos agreed that the maximum amount of the Welcome Bonus should be 200 euros. However, yesterday it was proposed to limit it to 100 euros.

To fight against gambling among young people, the Government plans more rigorous access controls. Establishments are expected to have lathes or access through the fingerprint. In the event that there are minors in the premises, the fines will range from 9,000 to 600,000 euros. A measure that is already in force in the Autonomous Communities of Aragon, Castilla La Mancha or Catalonia.

In recent weeks, the Government has been announcing different measures to tackle the problem of gambling in Spain. Thus, it has been established that gaming establishments cannot be near schools or hospitals. The hours in which the game operators can advertise themselves will also be delimited. Thus, advertising is restricted to an early morning hours, from 1 to 5. Or eliminate credit cards in physical or online casinos.