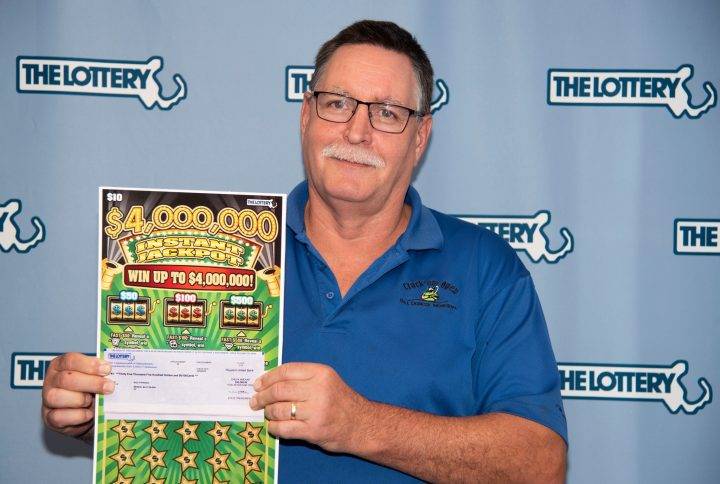 Each person has a chance in life to win a lottery prize. I have heard that phrase countless times while waiting for the winning number of the Christmas or El Niño lottery. However, there are people who are born or have a special star that makes them win the lottery or a special prize in gambling two or more times throughout their lives. This is the case of the American Rolf Rhodes who has won the lottery twice in 18 months. Luck has been on his side twice in a very short space of time. If Rhodes wins the lottery twice in a year and a half it means that there is a person who will not have the opportunity to feel and live what it means to be a millionaire?

Every day millions of Americans decide to play an instant lottery game, wishing their ballot is the lucky one and it changes their lives. It allows them to become millionaires and start a life of luxury and totally opposite that they had previously. Gambling is sometimes a very powerful incentive to play and achieve dreams. However, being lucky enough to choose the winning ballot is not an easy task. It is really so difficult to win a single time that getting awarded twice in just a year and a half is quite a feat.

American Rolf Rhodes is a gambling enthusiast. He had been playing scratch games for many years and suddenly…. Luck turned on his side and he won a million dollar prize for the first time thanks to the game “Hit $ 1,000”. On May 22, 2018, this American from Mendon (Massachusetts, United States) will never be forgotten. Fortune wanted him to try a scratch-off game in Millford, a town near Mendon, and he won the much-desired prize for just $ 10.

In the United States, high prize winners have the opportunity to collect the prize in full or to do so on a pro rata basis on a monthly basis. Obviously, the prizes always pay taxes and in the end removing 35% of taxes, the million dollars ended up turning into 650,000 dollars. The first prize decided to collect it in full.

Fortune was on his side a second time

Game lovers keep playing even though they’ve won a big prize, and that was the case for Rhodes. This Mendon American kept trying his luck and won. And fortune is back on his side when a year and a half later he has won another million dollars thanks to the game “$ 4,000,000 Instant Jackpot”. The prize was won on October 30, 2019. From the game “$ 4,000,000 Instant Jackpot” there are still three grand prizes of one million dollars to be distributed.

Unbelievable but absolutely true. And it is that fortune is capricious and one never knows where it will fall. This time the winner has chosen to collect the prize on a pro rata basis.

How much do you have to bet to win?

It is true that Rhodes wins the lottery twice in a year and a half and has won two million dollars, without a doubt, these prizes have solved his life. However, how many years and how much money has Rhodes spent in his life? A question to which we have not found an answer. It is true that there are many winners, but for there to be many winners, there must be many players who do not win.

Undoubtedly a lucky guy. British soldier Jon Heywood was also lucky, taking a whopping over £ 13m. If you want to know how he did it, we encourage you to read the following article.